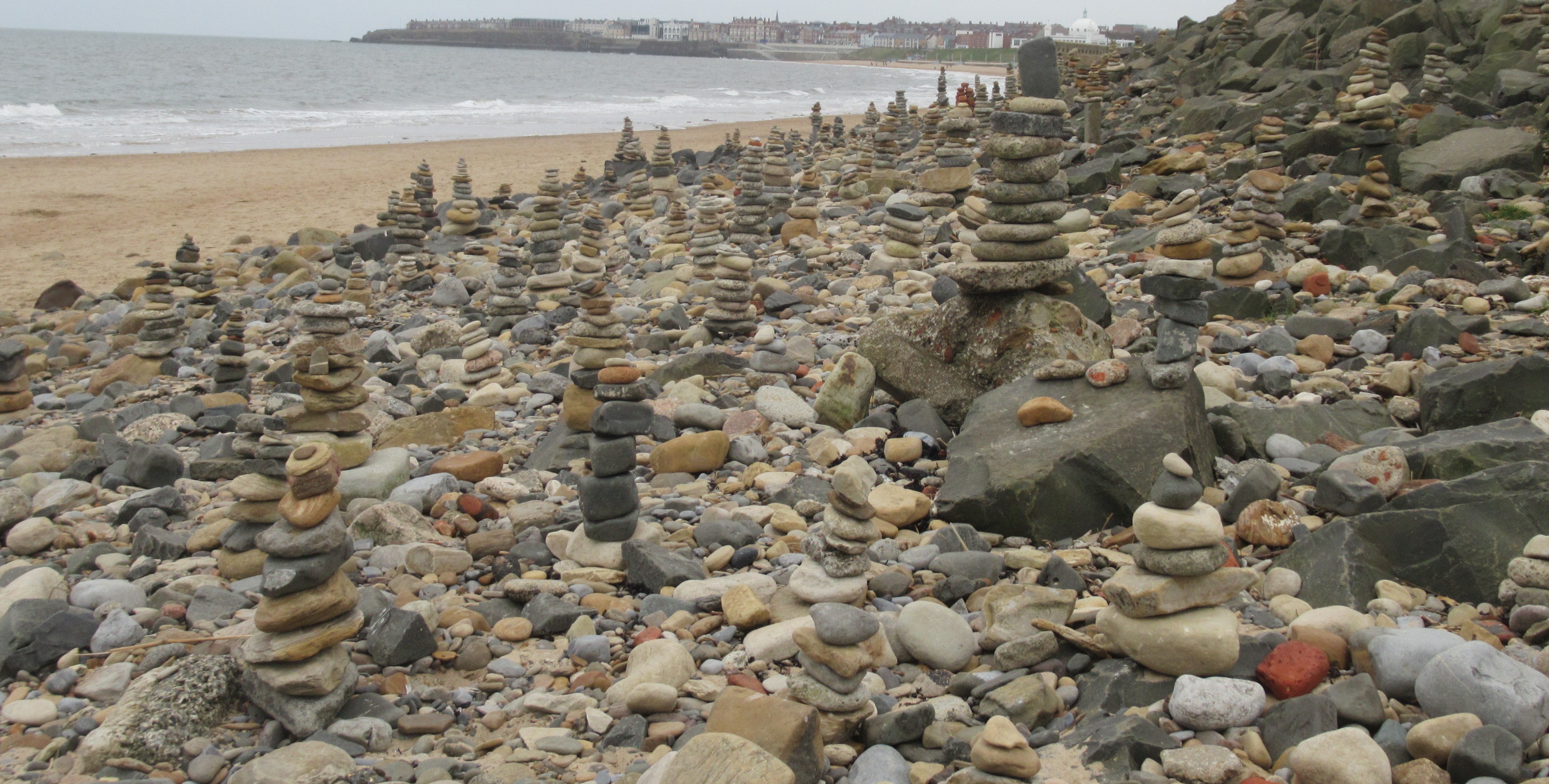 The Sentinels of Whitley Bay

One of my great pleasures these days is my mindful walk along Whitley Bay, a pleasure that has grown in the past few weeks of lockdown, for lately there has been a powerful addition along the coast. Weeks ago, some stranger had the idea of piling a set of beach stones atop each other, one at a time, to create a wonderful cairn. Over the weeks others-including myself-have followed, and now there are dozens of these silent cairns, stone sentinels looking out at the sea. The sight is unexpected and truly breath-taking.

What to make of this?

One the one hand, it is perhaps testimony to the time we are living in; would these have appeared without Covid 19? We will never know.

On the other hand, they bring to my mind a host of other associations, literal, figurative and symbolic.

I was remined of Arthur C Clarke’s short story The Sentinel, written in 1948 and published in 1951 at the dawning of the space race to the moon. In the story a pyramid like structure is found in Mare Crisium on The Moon; its function is silent and mysterious. Later Stanley Kubrick played with the idea and turned it into the monolith in 2001: A Space Odyssey. It became symbol of a gateway to the stars, to something vast and other worldly.

These Sentinels of Whitley Bay also remind me of the 1988 film City of Angels. Nicholas Cage plays an angel who groups with others of his kind to witness the dawn, to hear the sound of the sunrise, of the new day.

Perhaps it’s also fitting that Whitley Bay-nestled as it is in the old Kingdom of Northumbria- lies only a few miles up north of Jarrow. This is where Bede, now St Bede, surely like Peter, a rock, was to build a fledgling Christian community that would soon stand the test of time as a pillar of worship.

There is, for me, something spiritually grand about these rocky sentinels; a testimony to our human capacity to create, to build, to say “I was here” or “I have created this”. These rocks, standing like monks in prayer before the sea, their stone solidity such a contrast with the flow, the rhythm and movement of the waves; yin and yang at Whitley Bay.

Lastly, in poetry I was reminded of T.S. Eliot’s Choruses from The Rock where he writes of the Rock as the Witness, the critic and the stranger and asks, wholly appropriately for this age “where is the knowledge we have lost in information?”

What do we-what can we-bear witness to in our lives? How might we take time to stand, as rocks, still, silent and strong? These are indeed strange days. Can we, grounded as stone, welcome in and befriend the strange?